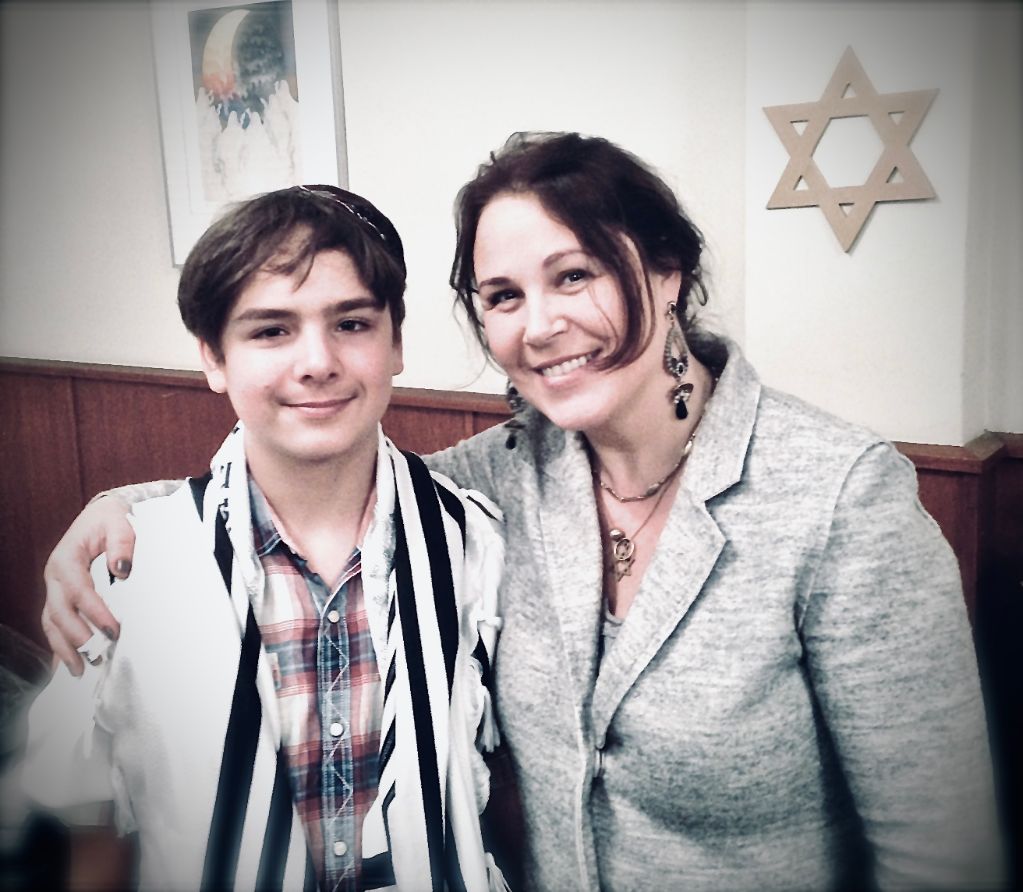 A proper Jewish upbringing? I’m not so sure. My husband Thomas and I have really tried, but well, you never know exactly whether your children come out nicely. At least: not with our son Lou, who always sat on his chair backwards during Jewish lessons and had already eaten a sandwich at 11.00 during Yom Kippur. But a while ago, he did actually surprise us.

After Lou had initially rejected the concept of ‘sitting in a classroom, on a chair, behind a table, with thirty other people’ during his adolescence, he suddenly summoned us around his sixteenth birthday for a Serious Conversation.

‘I have wasted my whole youth,’ he cried. ‘My whoooole youuuuth!’ While other boys his age had basically finished their academic degree, he, Louden, had nothing to boast about except his swim diploma. The message: he wanted to go back to school. That school would become, after much rambling and talking, MBO level 1, also called the ‘Entry Degree’: a place where everyone who had not been successful before for whatever reason could get a Basic Dutch Qualification. On the first day, Lou got home from school in excitement.

‘How was it?’ I asked. ‘Great,’ he replied. ‘We’re in class with 26 people, the main language is Arabic and I went to the toilet with the Palestine’s.’ ‘Well, well. That really sounds great.’ He hesitated for a second. ‘Mum, would you mind if I won’t hang out with the Palestines as much?’

I opened my mouth, ready with some warning about prejudices and the danger of generalizations – ‘…because they constantly want to go to the toilet, and that’s where drugs are being dealt.’ I closed my mouth. ‘So I was thinking, maybe I should just hang out with the Afghans and the Iranian Kurds more. They’re really nice.’ ‘That… sounds like a good idea,’ I said.

Two weeks later we saw how Louden packed his skullcap along with his books and his lunch in the morning. ‘I’m bringing my kippah,’ he explained with a shrug. ‘During Politics we often discuss religion and identity. Barely anyone in my class has ever seen a Jew in real life. They didn’t think I was – Jewish, I mean. Maybe I won’t wear it, but I want to have it with me at least.

For the first time, I saw my son through the eyes of an outsider: his tall frame, the self-aware attitude, the generous smile, the steel muscles from kickboxing and the dark eyes. An oppressive feeling came over me, a systematic fear of being found out, for exclusion and prosecution, stored in the cells of my body.

‘If that’s what you want, you should just do it,’ Thomas eventually said. A few days later I was cooking, when the back door opened and Lou stumbled inside. He was covered in bruises, had a limp as well as a swollen jaw. There you had it. My biggest fear had become reality.

‘Good lord, what in G’ds name happened to you!?’ I shouted.

‘But those were your friends?’

‘They are. We did some boxing in the gym. They were better.’

And while he arduously walked upstairs to shower I heard him say: ‘So awesome. I’ll go back tomorrow.’