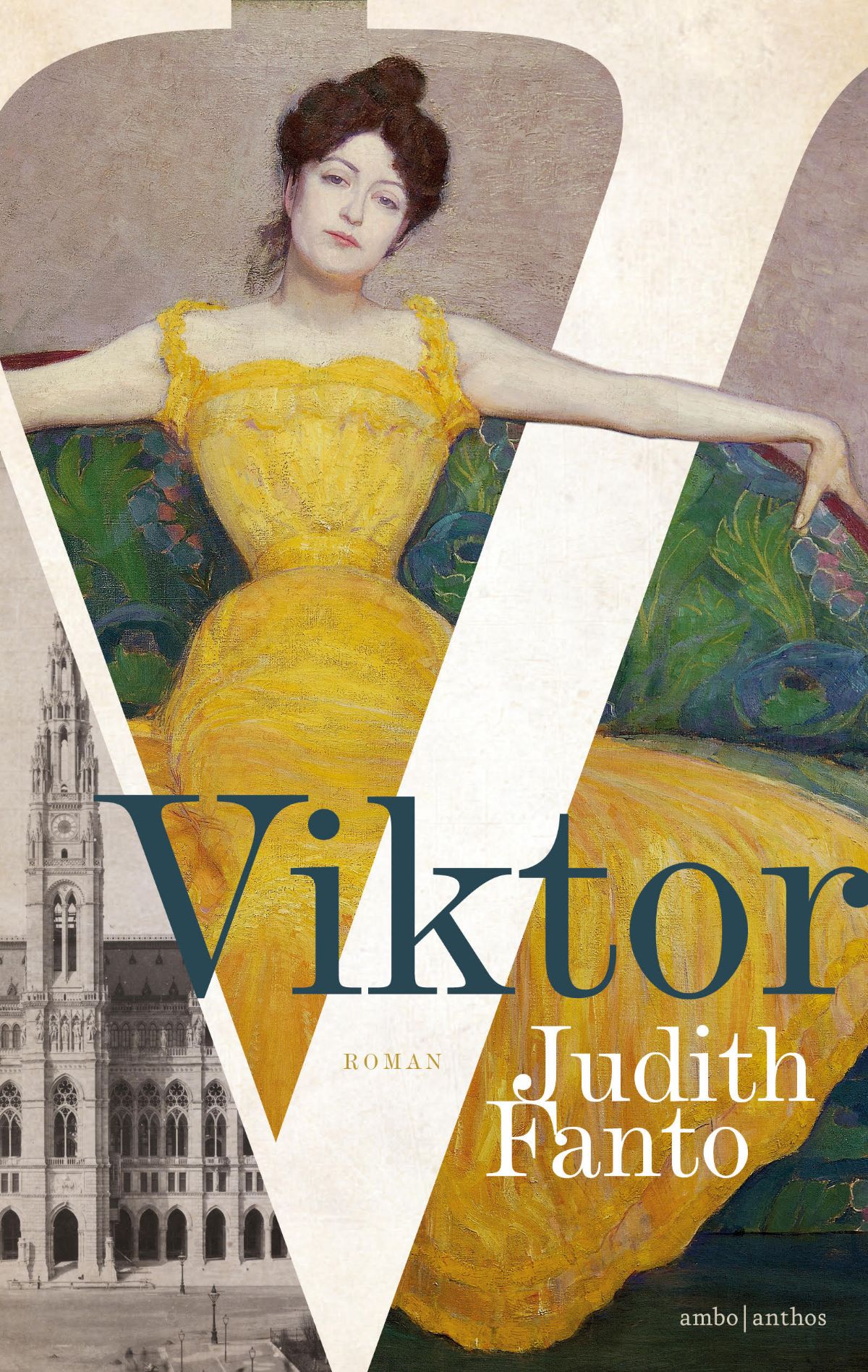 Viktor is the exciting, tragic, but humorously described history of the faith of the Viennese-Jewish family Rosenbaum.

In Vienna, in 1914, six-year-old Viktor Rosenbaum saves orphan Bubi from a pond in the Prater park. Between them, a lifelong friendship is devised and Bubi is taken in by the warm Viennese-Jewish family. Viktor, who just can’t behave properly, flourishes into a womanizer and is unable to finish any of his degrees, giving his family great displeasure. The Anschluß of Austria with Nazi-Germany in 1938 changes everything: fearless and with heroic inventiveness Viktor protects everyone he loves.

Nijmegen, 1995: Law student Geertje, now the youngest descendent of the family, rebels against the fear and shame with which the Rosenbaums experience their Jewish identity. Why doesn’t anyone ever talk about Viktor, her grandfather’s mysterious brother? And why have her family members never really been able to come out from hiding?
Slowly, a portrait of a talented and colourful Jewish family unfolds, as they are placed in front of absurd choices, under the pressure of the growing antisemitic murder machine. In five parts, like a Mahler symphony of words, Fanto describes the influence of the most significant events on the world stage and the irrevocable twists and turns in a family history.

The novel Viktor meanders between the story lines of the two main characters: scenes of the life of Viktor in restless Vienna in the first, and that of Geertje in the student city Nijmegen in the second half of the twentieth century, interchange each other respectively. Viktor, Geertje’s great-uncle, grows up in the tens and twenties in a Viennese family from a wealthy, assimilated Jewish background. Unlike his family members, he has little intellectual interest and ignores many of the Law’s rules and conventions. Viktor has a big heart and a sharp sense of humour. He lets himself be led by pragmaticism and opportunism, is always late and often twists the truth. But when life-threatening times commence, Viktor’s characteristics come in handy.

Geertje, Viktor’s grandniece, grows up in the eighties and nineties in a Dutch, academic environment. Within the family, their Jewishness is approached with fear and aversion and is hidden from the outside world as much as possible. Geertje is curious and impulsive, and is called a ‘Paprika-Jantschi’ by her family. Her preference for letters over musical notes makes Geertje a relative outsider, in a family that believes music has a religious status. Increasingly, Geertje becomes more fascinated by her grandfather’s mysterious brother, who she intuitively assumes to be a soul mate. When she finally has enough of all the secrecy, she starts researching the truth about Viktor, and comes across a family secret. 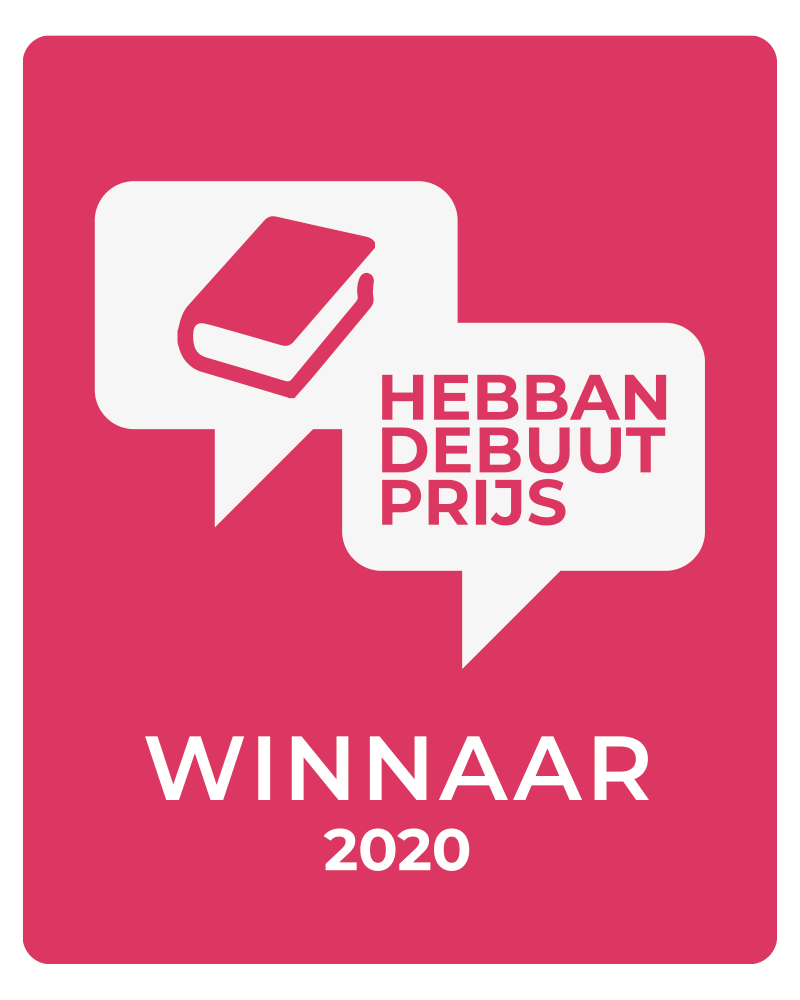 Nomination for the Bookshop Prize 2021 (Best 3)

Viktor is a wonderful novel about two generations within the same Jewish family, in which main character Geertje starts searching for answers about Viktor Rosenbaum, her grandfather’s mysterious brother. Two storylines interchange each other and the reader gets some insight in the life of the Rosenbaums in Vienna right before the Second World War and that of Geertje at the end of the twentieth century. Viktor has everything a good novel needs: a wealthy family, a black sheep, war, and many unexpected twists. But on a stylistic level, everything suits, too: a tight structure, the search for one’s identity as main theme and a beautiful narrative style. Fanto masters the Dutch language in every detail, knows how to set up dialogue, handles a smooth narrative style which makes the writing of it seem effortless, and is able to write a novel about the Second World War that is nothing like the others on the same subject.

She is able to draw the Judaism from the past to modern Judaism and shows how the experiences from decades before still have an impact on the family now. She does this with thoroughly thought out constructions, like the mirroring of both story lines. When nothing bad is happening in Vienna yet, Geertje/Judith is growing up burdened by the guilt of another generation. When the situation in Vienna starts becoming critical and being Jewish starts having horrible consequences, it is Judith who finds herself in Judaism and becomes stronger by embracing this.

Fanto has a comforting, readable style, but doesn’t shy away from using somewhat complicated syntax and word choices. The book has an eye for accurate observations and a cool humouristic style which sometimes makes the harsh reality a bit more bearable and the story somewhat lighter. But the characters contribute to this, too: they are intelligent, peculiar, funny. The main characters carry the story, with the help of the side characters that exquisitely complement them. The layers of the story and the realism of different characters (in just a few pen strokes) are refreshing and pleasant. Fanto creates a complete, round and impressive character with Viktor (based on a man who has truly existed). The parallels between Viktor and Geertje are appealing, both being outsiders and lone wolves in their family.

The questions Fanto raises are particularly interesting, but she never tries to answer the impossible, such as the hierarchy of suffering under the Shoah. She doesn’t push it too far, giving readers the chance to put the book down for a second, to think about the subjects in depth. Viktor is a book that can lead to interesting discussions, while simultaneously offering a pleasant reading experience. Beside the story, it is Fanto’s writing style, the quality you can recognize from the first sentence onwards, the buildup of scenes, and the structure of the novel that makes the book irresistible. A beautiful debut novel, the jury agrees. Judith Fanto deservedly wins the Hebban Debut Prize 2020.

Not yet available in English.

Judith Fanto’s debut novel Viktor is already being read by a large Dutch and German-speaking audience. Now, as far as she’s concerned, it’s the turn of the English-speaking world! Do you see something in collaboration with an ambitious, active, successful new author? Please feel free to contact Fanto’s Dutch publisher and discover the possibilities. Judith is looking forward to an introduction! 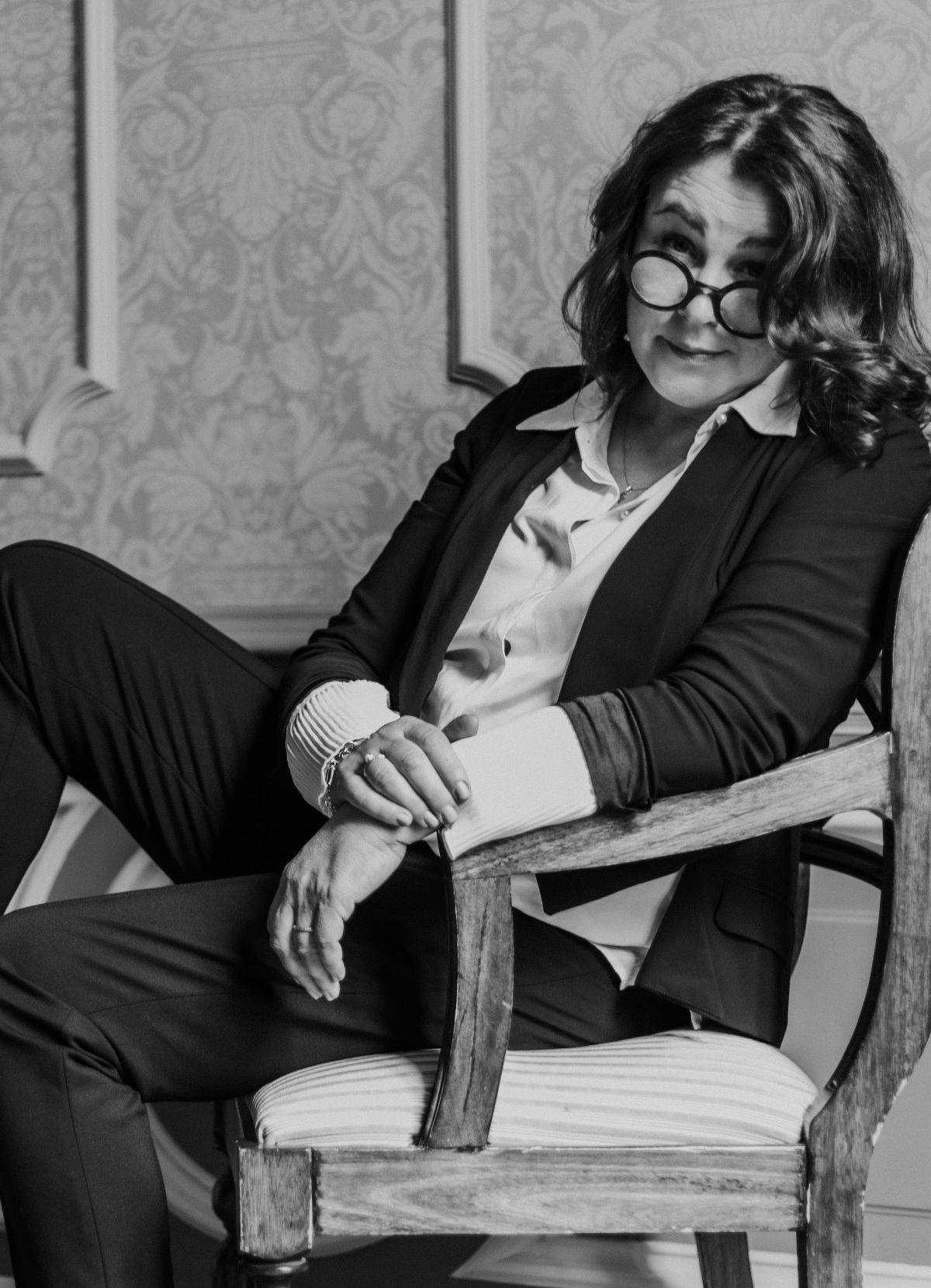 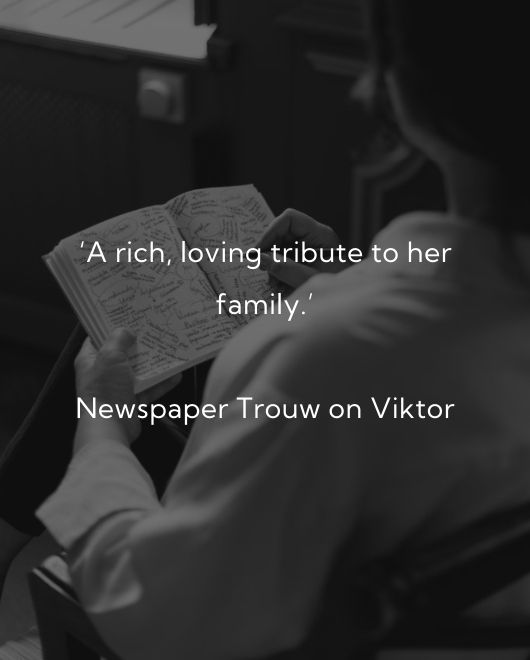 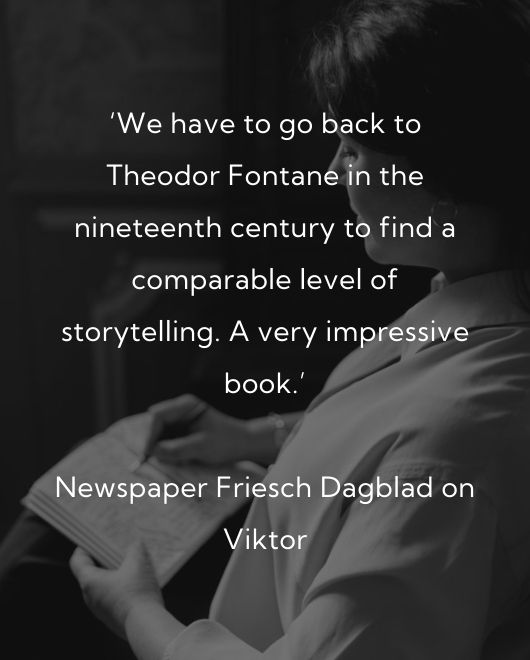 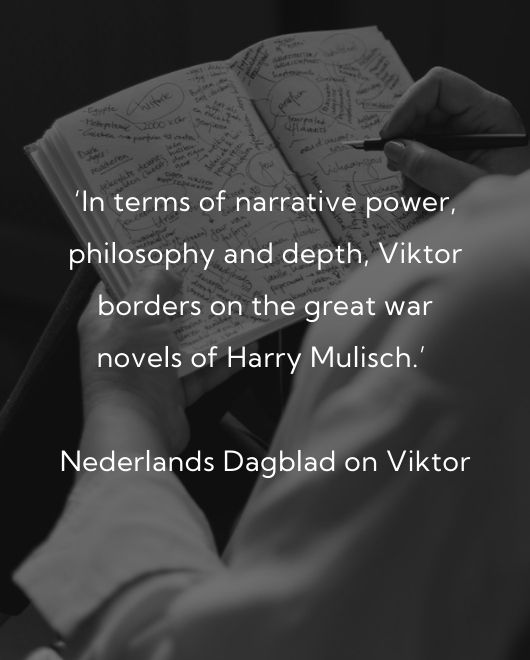 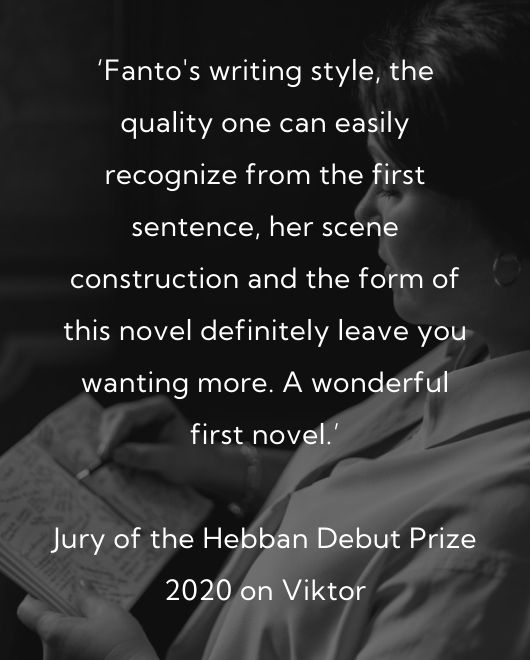 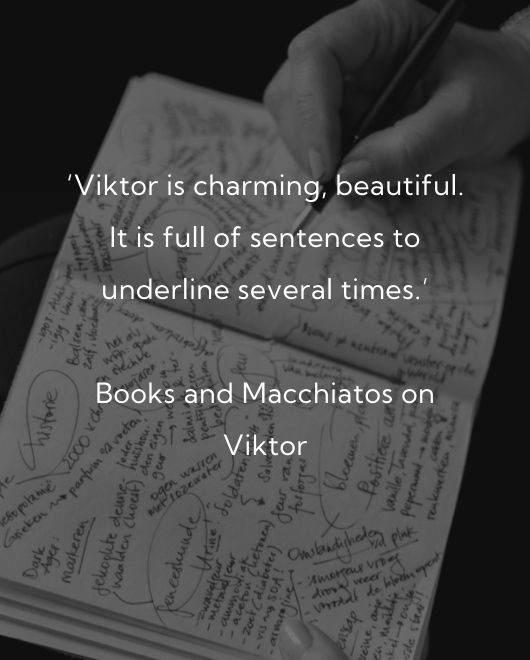 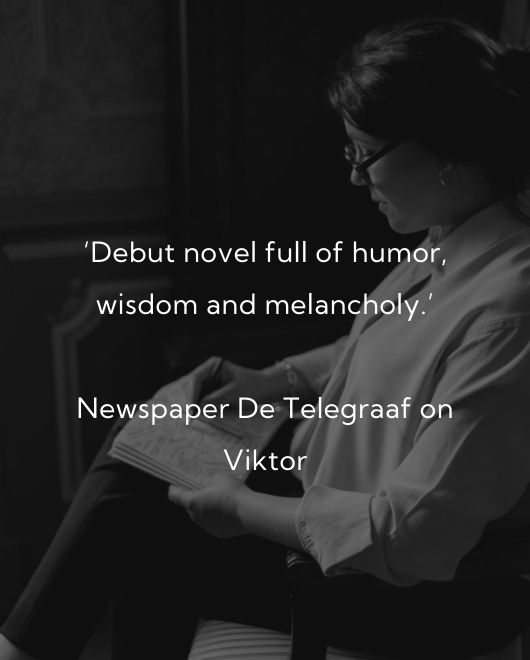 To In The Media

Viktor has the characteristics of a psychological, historical Bildungsroman. At the start of the book, a family tree has been added, and at the end you can find an explanatory glossary. The novel is set up in five chapters. Viktor reads well, but gains depth and texture through references to the consequently interwoven themes and leitmotifs.

The novel cuts into different themes, like the problems of second and third generation war survivors (who does the Holocaust belong to?), survivors guilt, Right versus Justice and the Jewish renunciation (auto-antisemitism).

Several themes and motives are, for example:

I recorded this video in my writing room on our little farm in the countryside.

Copyright © 2020-2021 Judith Fanto | Styling & Photography Daniëlle van Dongen | Photography Medea Huisman | Photography | Henny van Belkom | Webdesign Paula Terpstra | All rights are reserved. These rights rest with Judith Fanto and/or with an affiliated entrepreneur or company. It is not permitted to copy, reproduce, store or otherwise make public texts, images, logos, video content, drawings and/or other copyrighted material on this website without the prior written permission of Judith Fanto. The Judith Fanto website also contains photos that are copyrighted by third parties. Abuse and infringement of rights are actively detected and addressed. Anyone who infringes on these rights is obliged to compensate all damage suffered, the costs of investigation and the costs of legal assistance.